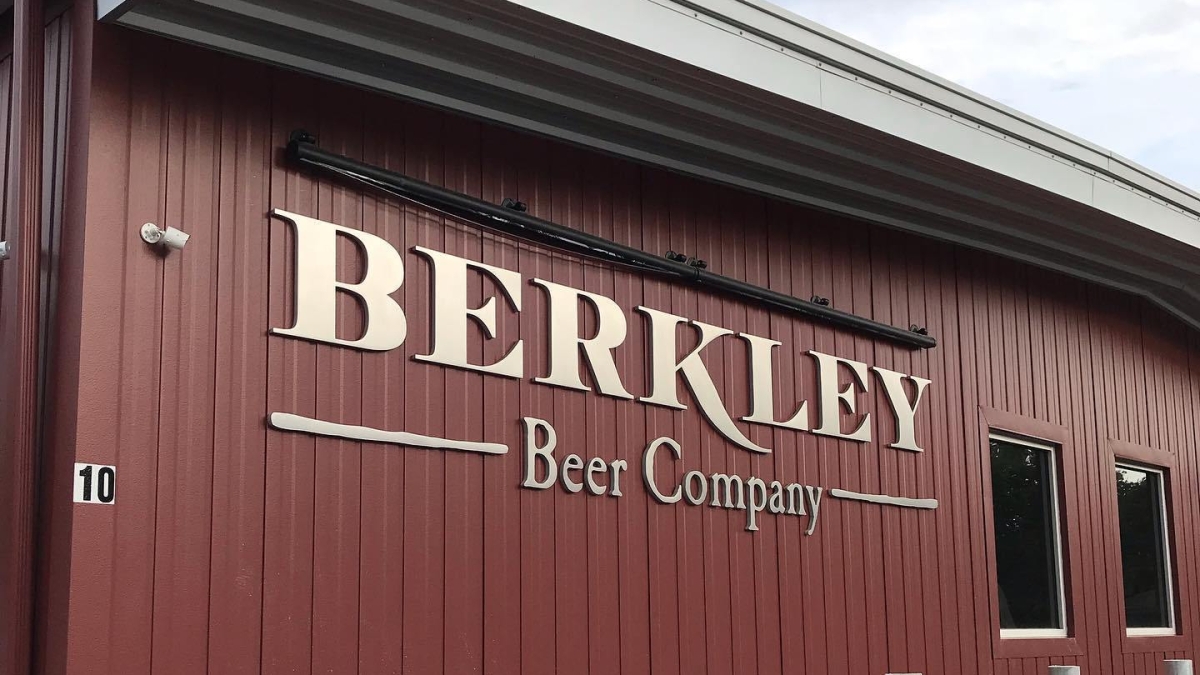 After years of operating solely as a production brewery, Berkley Beer Company will finally welcome the public into its new taproom.

Sitting along the banks of the Taunton River, the Berkley Beer Co. taproom is a wide-open, welcoming 160-plus seat taproom with high-tops, communal tables, and a cozy bar. Choose from a half-dozen beers on tap and pair it with a fresh wood fire pizza fresh out of “Big Berta” (the pizza oven).

All specialty pizzas are crafted with some ingredients derived from Berkley Beer brews, from sauces to marinades to the crust. You can also create your own or dine on lighter fare like the seasonal salad or house pickles.

Available on tap are Berkley’s core lineup, including Golden Ale, Padelford Pale Ale, IPA, and Hog Oiler DIPA plus an imperial stout and the new fermented tea series Painted Laydeez. There will be experimental, taproom-only beers available soon plus cans to go. Pours are available in pints, 13oz tulips (for those bigger beers), half pints, and tasters.

The mastermind behind Berkley Beer’s brews is Glenn Barboza. In 2012 Glenn brewed his first batch of Berkley Beer on a three-barrel system inside his barn and never looked back. Now that he’s able to see his supporters, he’s not letting the nerves get to him.

“There’s no need to be nervous, just waiting for the people to come,” Glenn said. “I’ve had no anxiety about this project except for a couple of contractors I’ve had working here,” he added with a smile.

A man that’s often referred to as a brewhouse MacGyver (he built his canning line from scratch after the idea came to him while sitting at a Chili’s), Glenn’s methodical nature to tackling problems translates directly into his recipes as well. Moving from a three-barrel system to his current seven-barrel brewhouse, he didn’t skip a beat while knocking out his first batches of beer in the new digs.

“Honestly, I nailed it first shot,” Glenn said. “I’m actually very happy that it happened that way. I thought it was going to work that way because I knew how the water was and I tried to calculate it out, I felt like I could do it and it happened. I have to tweak some stuff but first batch of sellable beer, it came out very good. I’m very happy.”

Still, moving from a distribution-only business model to opening a visitable taproom is a big, long-overdue leap for Glenn and his team.

“It’s going to be awesome because we’ve never had that,” he said. “That was the goal from the beginning, it’s just we weren’t there yet. It took a few years – seven years – to get to the point to make this happen. That was the goal and that’s what I wanted to see.”

Operating primarily as a production brewer eliminates the intimate relationships breweries can often form with customers. There’s no “destination” or place to chat with the person that crafted the beverage in your glass unless you happen to be out at a festival or hosting a tasting event. It’s difficult for the brewer to get feedback on what people like or don’t like. And of course, the brewer misses out on the additional cashflow that comes with on-premise pours.

Once a craft beer desert, southeastern Massachusetts continues to see more and more breweries open their doors to thirsty locals. Berkley Beer’s taproom immediately gives off the vibe of a welcoming, homey space yet maintains a modern feel. You feel the history of the building with its exposed beams and warehouse exterior but you can pull up to a complete stranger at the bar or share a table with a couple you’ve never met. This taproom will quickly become a melting pot of not just the Taunton locals but visitors from across the region and beyond.