New England was well represented among the Brewers Association’s inaugural list of the 50 fastest growing small and independent craft brewing companies in 2017.

The smallest state in the Union just missed out on cracking the top 10, but you better not miss out on what’s been brewing in Wakefield, RI. Whalers Brewing Co. sits at number 11 on the list, and they’ve been producing some quality beers that continue to reach across 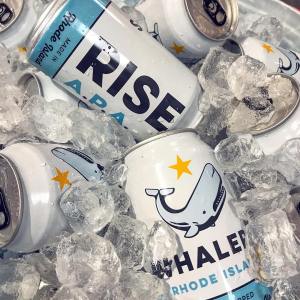 the Ocean State thanks to increased distribution. During my early days of beer writing, Whalers was one of the first breweries I had the opportunity to explore and I’ve been back to the taproom countless times. It still stands as one of my favorite spots in lil’ Rhody to grab a drink and shoot some pool.

Craftroots Brewing in Milford, MA was named the fastest growing brewery, brewing just over 300 barrels of beer in 2017. According to co-founder Maureen Fabry, that was a 1,440 percent increase in production from only 20 barrels the prior year.

Also making the list from Mass. is Hopsters, based out of Newton. With locations in Newton and Boston’s Seaport District, Hopsters provides a unique experience for all levels of craft beer enthusiasts. Whether you’re looking to enjoy a few rounds, or brew your own beer, Hopsters has something for you.

Rounding out the New England crew is Vermont’s Frost Beer Works. Check out the full list and map of all 50 breweries below.

Median growth from 2016 to 2017 for these breweries was 216 percent; the median size of breweries on the list went from 284 barrels in 2016 to 963 barrels in 2017. These companies represent 5.5 percent of craft’s growth by volume for 2017 and include eight brewpubs, 40 microbreweries and two regional craft breweries.

“With 5 percent growth overall for small and independent brewers in 2017 and microbreweries and brewpubs delivering the majority of that, we wanted to spotlight some of the breweries driving that growth,” said Bart Watson, chief economist, Brewers Association. “As the growth base for craft becomes more diffuse, these fast growing brewing companies illustrate that a diverse set of success stories still exist.” 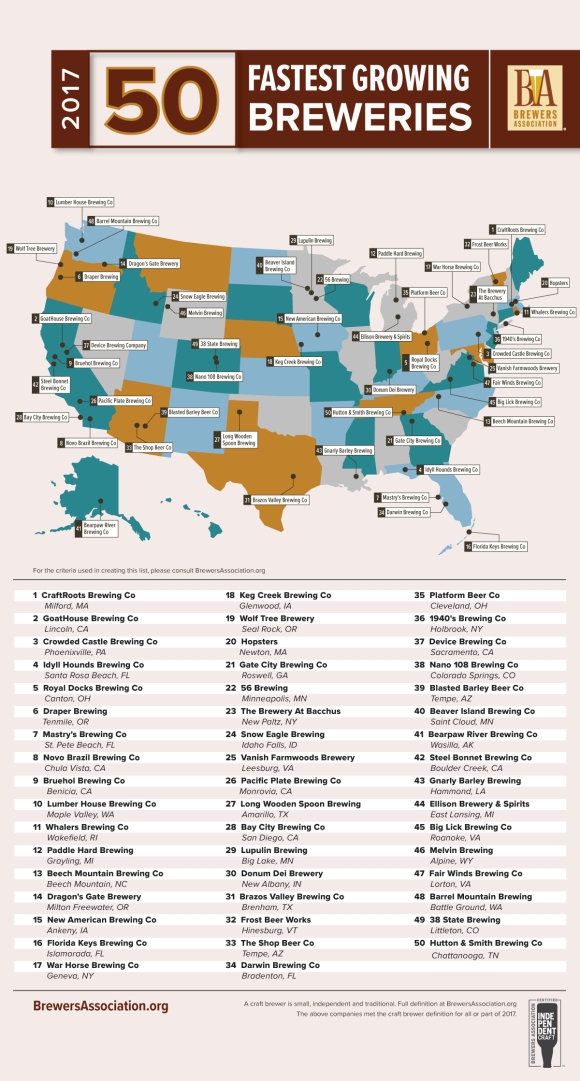