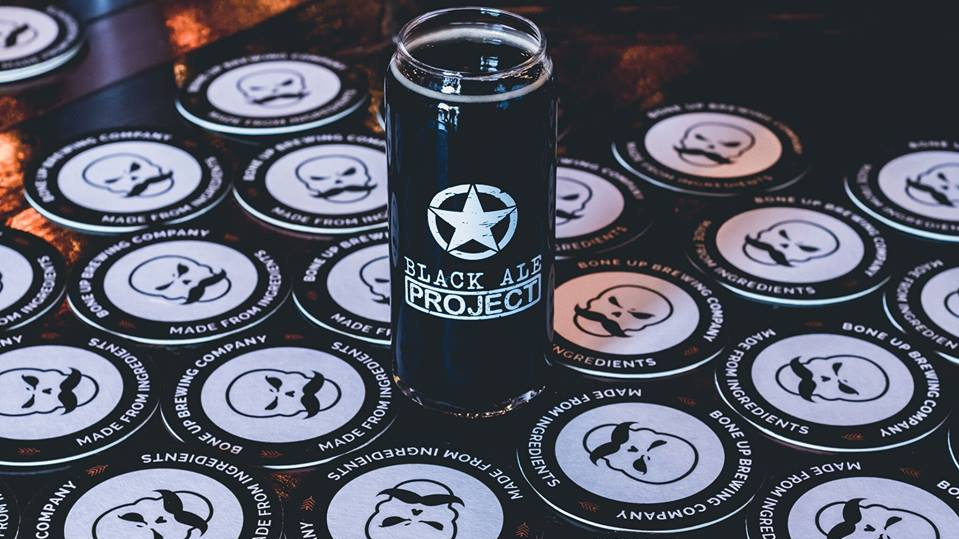 The craft beer community is well known for rallying around good causes and helping those in need.

Recently, we’ve seen hundreds of breweries support Sierra Nevada’s fundraising efforts for the Camp Fire Relief Fund by brewing Resilience IPA. We’ve also seen many local taprooms sponsor a variety of benefits or fundraising events almost on a weekly basis. But did you know that one of the fastest-growing fundraising project is based out of the Bay State?

The Black Ale Project, led by former Marine Dave Pappas, is teaming up with breweries to brew special releases where all proceeds are donated to a charity of the brewery’s choice.

Spreading awareness one beer at a time

Back when I first wrote about Dave in the early days of the Black Ale Project in March 2017, there were only eight breweries involved all within a few hundred miles of each other in northern New England. Today, the number of participating breweries has ballooned to more than 50 for a combined 62 beer releases since late 2016! There look to be at least 20 more releases confirmed for the future, and that number’s sure to continue growing.

“The Black Ale Project would just be an idea if brewers didn’t make the beer and people didn’t buy the beer,” Dave said. “So it’s truly a team effort by the craft beer community.”

As I mentioned, each release is tied to a veteran-focused charity. The brewery chooses the charity and donates the proceeds of the special-release beer. Since this counts for both taproom sales and off-premise sales, it’s hard to know a grand total to-date (especially now that there’s usually a new beer being released as soon as another is running out). However, as of early January 2019, the Black Ale Project has donated more than $100,000 to 40+ veteran charities.

In addition to partnering with more and more breweries, there’s something new brewing for the Black Ale Project in 2019: events.

Earlier this month, Saltbox Kitchen hosted the Brewed for a Cause Dinner featuring a 5-course meal paired with offerings from Saltbox Brewery, Bone Up Brewing, Wormtown Brewery, and Moon Hill Brewing.

Proceeds from the fest will be donated to Cape Cod Cares for the Troops. This 2-session event features a killer lineup of breweries and is bound to sell out, so best to grab your tickets while you can.

Be on the lookout for more upcoming events, including release celebrations, by following the Black Ale Project on Facebook and Instagram.