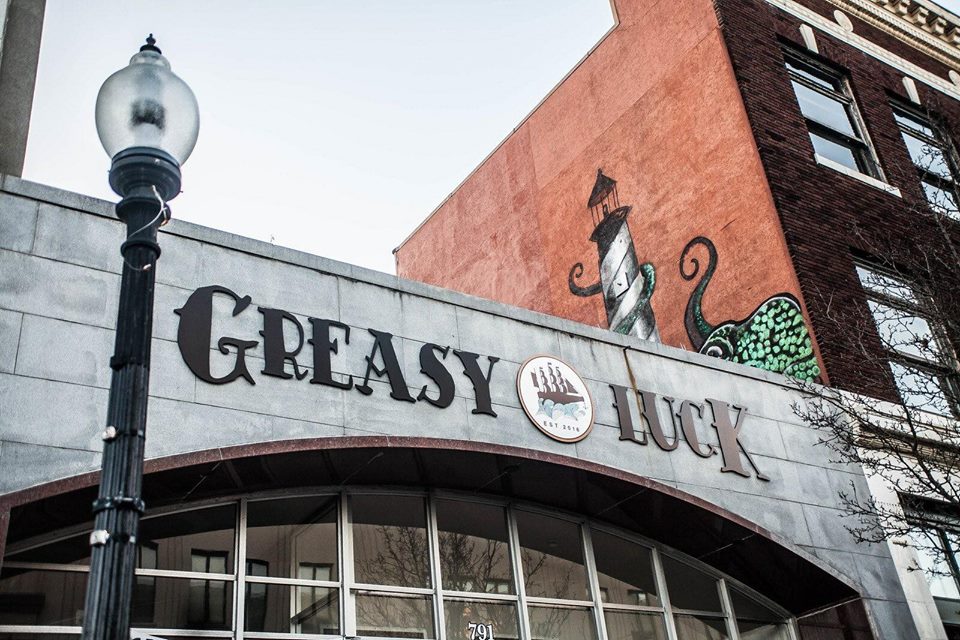 Greasy Luck Brewpub (formerly Greasy Luck Brewery) announced Saturday that it is once again changing its name while also changing focus away from brewing beer altogether.

In a press release posted to Facebook, ownership announced an end to brewing beer and a larger focus on live events. From now on, the location will be known simply as Greasy Luck.

“Going forward, we will continue to be known as Greasy Luck,” said the release. “However, we will be dropping the Brewpub from our official name, since we won’t be brewing beer any longer.”

The brewpub has been brewing on a 150 sq. ft. SmartBrew automated brewing sytem since they opened their doors in late 2016. This caused some discourse among the craft beer community, questioning if this really could be considered brewing.

The release touched on two main reasons for discontinuing brewing: a lack of passion for brewing and a loss of real estate for pub seating.

Although the current ownership group loves craft beers, brewing it is not something either of us are passionate enough about doing. We want to leave that to the professionals, who admittedly do it a lot better, so we will bring in a good rotation of local craft brews that we will feature on draft in the Pub side, along with the staples that you’d typically find at any venue in The Vault side. We’re also seeing that the space that the brewery system takes up in our pub is valuable real estate that can be better utilized for more pub side seating and a better layout can be setup for pub side acoustic performances.

According to the release, the final batch of beer has already been brewed and growlers can continue to be filled until all product is gone. If you don’t have a growler already, you can get one without the deposit fee and just pay for the beer you fill it with.

There will also be more separation, at least in branding, between the pub side of the building and the event side, The Vault.

This change leaves Moby Dick Brewing as the only brewery in the Whaling City.